The town of Willamette is located on a Native American trail that ran south from Willamette Falls, an important gathering place for many tribes. The Clowewalla tribe lived in a village on the West Linn side of the falls, and while we know of no Native American villages within the boundaries of Willamette, it is likely that groups of Native Americans camped here when they came to the falls to fish and to trade.

The first European Americans and Canadians to view the Willamette area were trappers who traveled up the Willamette Valley in the early 1800s. Settlers began arriving in the area in the late 1830s while the Oregon Territory was still under joint occupancy by Britain and the United States. Three of these early settlers were Marshall Perrin, who arrived in 1842, Ambrose Fields, 1847, and his son Joseph Fields, 1849. The original plat maps for Willamette show it located on parts of their land claims which were formalized in 1850 under the Donation Land Claim Act. Most of the two Fields’land claims were sold in the 1880s to the Oregon Iron and Steel Company, which harvested timber to fuel its smelter operation in Lake Oswego. The Perrin claim passed through a succession of owners, eventually being purchased by B.F. Baker in 1885.

In 1888 Willamette Falls Electric Company was formed to produce power at the falls and transmit it to Portland. This company, a forerunner of Portland General Electric, purchased many of Oregon Iron’s properties. In 1893, when they established the town of Willamette for its employees, the final piece of land was purchased from B.F. Baker with the understanding that 12th Street would run down to the river and allow residents easy access to the docks.

In 1894 the Willamette Falls Railway began operating an electric trolley line between Willamette and a station near the falls. Following the current path of Willamette Falls Drive, it provided transportation for a five-cent fare. An extension to the Tualatin River allowed cordwood floated down the Tualatin to be transported to the paper mill at the falls. By 1895 expectations were running high for the new town of Willamette Falls. The Capen Shoe factory, operated by electric power, was considered a model for additional industries that were expected to locate here. This growth never happened, and Willamette soon settled into its small-town identity. By 1905 many of the houses in the neighborhood were complete. Dirt roads and board sidewalks outlined the town. Most houses had fences—not because of boundary disputes, but because livestock was not required to be corralled and cows roamed freely.

Willamette was not formally incorporated until 1908. Shortly thereafter, a typhoid epidemic was traced to a contaminated town-water supply, and Willamette’s need for clean water led to its annexation to West Linn in 1916. 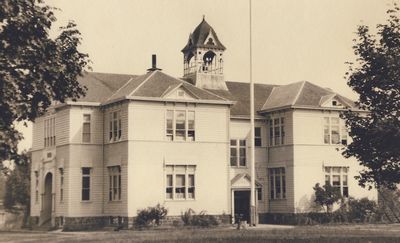 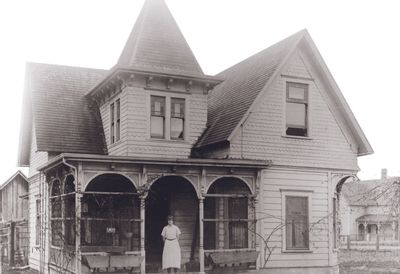 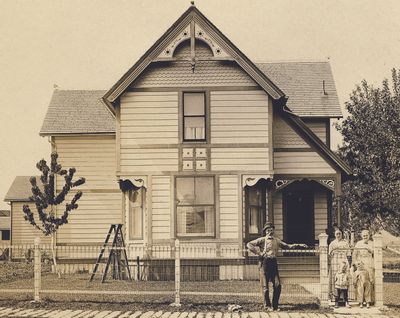 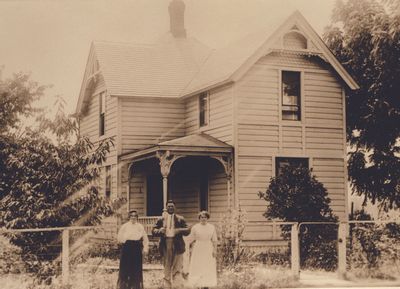 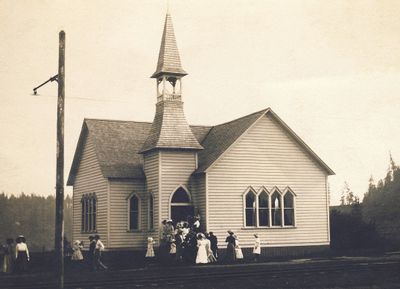 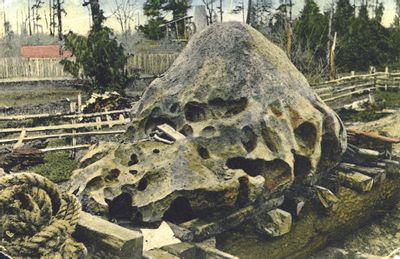 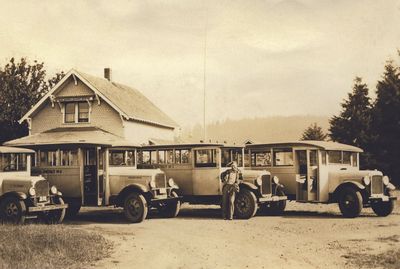 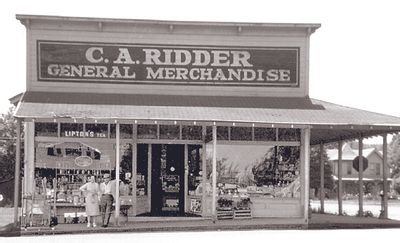 With Generous Support From 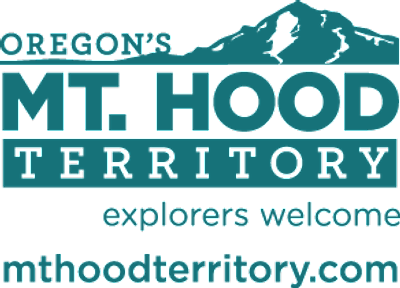 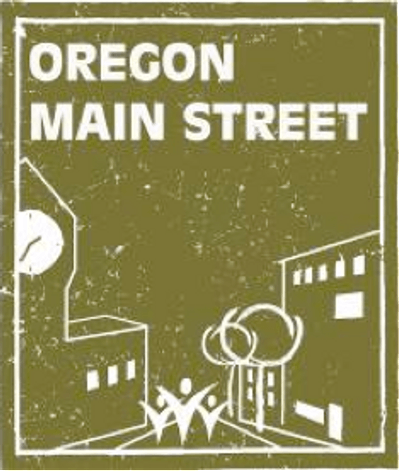 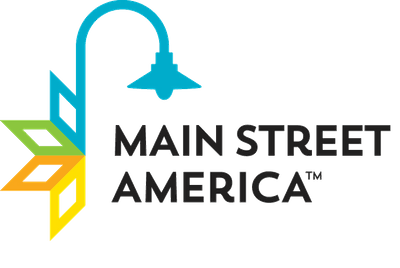